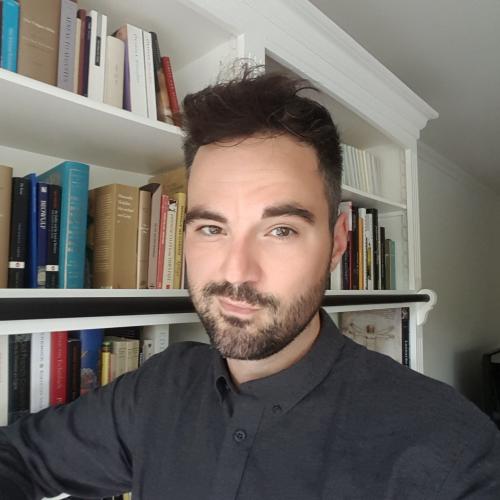 Stijn Praet (°1986) is a Visiting Professor of Latin at Ghent University. He is currently doing research on Latin homoerotic poetry from Antiquity to the Italian Renaissance, while (co-)teaching a variety of courses pertaining to the theory and practice of literary translation (from Latin and Greek into Dutch, see https://doi.org/10.1017/S2058631020000392 and https://www.cliv.be/nl/onderwijs/vertaaltheoriepraktijkklassieken/), medieval Latin literature (including codicology), the Latin tradition in Europe, the writings of Cicero, and Latin reading and research skills. In the ensuing academic year, he will be teaching the history of classical reception in European culture.

After obtaining his doctorate, he was employed at Stockholm University as a Postdoctoral Fellow in Latin literature (2016-2018), and at Harvard University as a Visiting Scholar with the Standing Committee on Medieval Studies (2017), where he pursued research on the multi-narrative organisation of high medieval Latin tale compilations. He then returned to Ghent University as a Doctor-Assistant in the Department of Literary Studies (2018-2020).

Praet is the author of various articles and book chapters on Latin homoerotic poetry, translation and reception studies, and Latin and vernacular fairy tales, as well as co-editor of essay collections in Latin and fairy tale studies. He sits on the editorial board of JOLCEL (Journal of Latin Cosmopolitanism and European Literatures) and previously served as  research coordinator of the international platform RELICS (Researchers of European Literary Identity, Cosmopolitanism and the Schools).

He is also active as a literary translator of Latin poetry. Listen to a radio interview (in Dutch) pertaining to his latest book Lieve Ganymedes: homo-erotische gedichten uit de middeleeuwen.